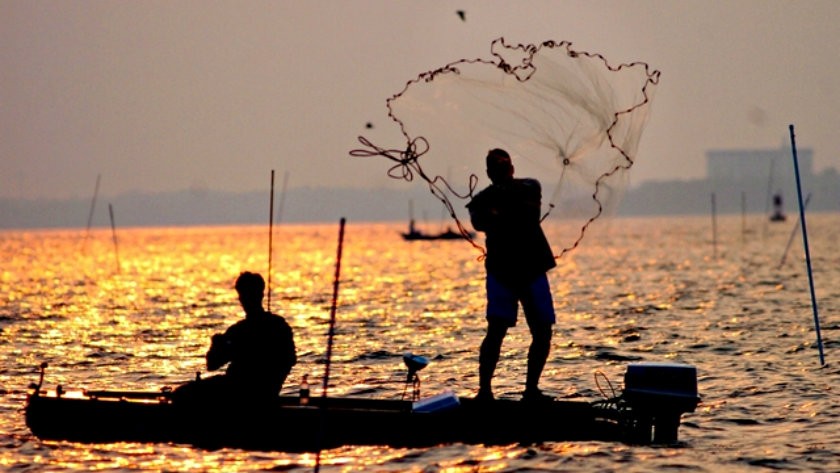 Shrimp-baiting began in the 1980s and was once popular, with the lights of shrimpers filling the harbors and rivers at night, but there has been a steady decline in the number of folks buying licenses every year.

Shrimpers are required to have a license and are allowed a catch of 48 quarts whole or 29 quarts headed shrimp per day (sunrise to sunset) per set of poles (10).

More shrimpers are skipping the meal-mud patties and poles and instead are deep-hole shrimping for their catch.

There is no special permit required for this practice other than a saltwater fishing license, but the allowable catch per day still applies.

Another necessity is a boat armed with a depth finder to detect the holes and depressions on the river bottom to spot where the crustaceans are congregated.

I am comfortable casting a regular 5-foot shrimp net, whereas deep-holing requires your net to be modified with tape along the edges to ensure it stays open as it sinks.

On average, most shrimpers use a 7- to 8-foot net. It is no modest feat to throw cast after cast before an arm gets tired.

I enjoy using, for less than $25, a net with half-inch mesh and the stability of a dock under my feet an hour before low tide to catch my mess of shrimp for a few recipes.

The folks who prefer deep-hole shrimping have to shell out $100 to $200 for their modified nets. And as the name implies, some of the holes they cast in are as deep as 30 feet. That means a lot of pulling to get your haul of shrimp to the surface and into the boat, which takes more muscle than I have to offer.

Another reason deep-holing is becoming more popular is folks don’t like the taste of shrimp caught over fish-meal bait patties. So after the baiting season comes to a close, deep-hole shrimpers are still catching those that escaped the nets.

Plus, there are no poles to mess with. The only things needed are a boat with a depth finder, a suitable net, saltwater fishing license and a lot of stamina.

No matter how you catch shrimp, harvesting is closed Dec. 16 to April 30.

Another species, the Asian tiger shrimp, is becoming more prolific in the Southeast. Most collections of this large shrimp, which is black with gold stripes, extend from North Carolina to Texas in late summer.

The tiger shrimp is capable of reaching more than 13 inches in length and weighing more than a quarter-pound. It can lay 50,000 to more than 1 million eggs that hatch within 24 hours in coastal waters.

Speculation surrounds the presence of this shrimp in our waters.

Some scientists think it was among more than 2,000 species that are believed to have escaped from a field experiment station in South Carolina in the late 1980s. Reports from the National Oceanic and Atmospheric Administration say the non-native shrimp may have arrived on ocean currents from wild populations in the Caribbean.

If you catch a few and want to cook them, their taste will be distinctly bold and sweet, with firm-textured meat, earning them the title of “poor man’s lobster.” 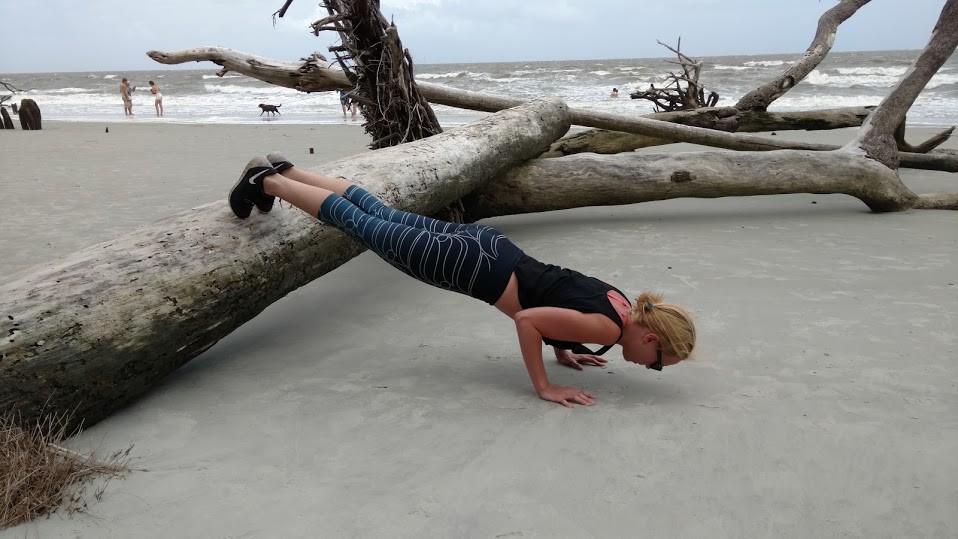